“This is not a car, this is different” is how Lynk & Co, a company spawned by Volvo and Geely, is positioning the launch of its 01 plug-in hybrid, a compact SUV built from the ground up to share. The more you share its digital key the less you pay each month, possibly even turning a profit.

It’s a bold experiment that I was able to preview in a test vehicle in Amsterdam, where Lynk & Co is staging its first salvo against a century of car ownership mentality.

Lynk & Co first announced its ambitious approach to car sharing five years ago in its home city of Gothenburg, Sweden, emboldened by studies that say cars sit unused 96 percent of the time. That’s valuable real estate that could otherwise be returned to people. So it’s with some anticipation that I set out for my week with a production 01 PHEV running pre-production sharing software.

Amsterdam was chosen as Lynk & Co’s launch city for a variety of reasons, chief among them is its multi-modal inhabitants’ intimacy with car-sharing services. My Dutch family, for example, has never owned a car, nor do most of my friends. Instead we use fleet sharing services like Greenwheels, Mywheels, or Share Now. Otherwise we use a personal car-sharing service like Snappcar when looking for something more interesting to drive. As much as we love our electric bicycles, a car is often needed when an e-scooter, taxi, bus, or train just won’t do.

After a week of testing I’ve come away increasingly optimistic about Lynk & Co’s chances, not only to achieve its revenue goals but also its broader societal goal of making people realize that traditional ideas of car ownership, especially in densely populated cities, are woefully outdated. My optimism is fueled by three things: the company’s early success in attracting members, driving the 01 for a few hundred kilometers, and testing an early beta version of the sharing service.

You can buy a Lynk & Co 01 outright for €39,000, but most people are opting for memberships that cost €500 each month. That’s about what you’d pay each month on a four-year lease for a comparable Volvo XC40 which is built upon the same platform as the 01. Only with Lynk & Co you can cancel the agreement at any time. Better yet, you can divide the monthly fee with family and friends, or reduce it further by lending the car out to a general pool of neighbors and tourists at an hourly or daily rate, all of which Lynk & Co will facilitate (more on that later).

Membership includes 1,250km (777 miles) of driving per month with each extra kilometer costing €0.15, and unused kilometers carrying over to the next month. The €500/month fee covers insurance, warranty repairs, roadside assistance, and maintenance by Volvo’s dealer 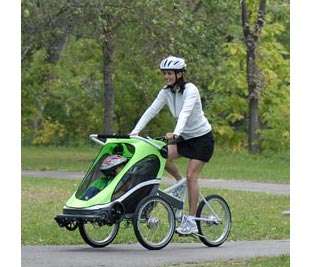 Using a bicycle is fun, thrilling, and exciting. In a lower gear each flip of the pedals leads to fewer rotations of the rear wheel. These racks are connected to the body of the bicycle in back and front. We call it the Bicycle Second Line, and it is a pedal-powered model of the famous, musical second line parades that historically wend via New Orleans streets during the 12 months.

We’ll transport you and your bikes to Callander from Perth then you possibly can journey again to Perth by a few of Scotland’s most breathtaking scenery and your submit journey celebration at Bell’s Sports activities Centre. A bicycle, additionally called a cycle or bike, is a human-powered , pedal-pushed , single-observe vehicle , having two wheels attached to a frame , one behind the other.

They’ve a drop handlebar like regular highway bikes, however the tires are a littler wider for more off-highway traction, they usually have a special style of brake that helps to prevent mud buildup within the body. Tandem Bicycles are “bicycles built for 2.” They arrive in all kinds, from cruiser tandems and hybrid tandems for the bike path or boardwalk, off-street mountain bike tandems, and high-performance street racing tandems.

Bicycle pedal with automated attachment and detachment, comprising a physique (2) rotating on a spindle (3) with a front stop means (4) suitable for engaging with a mating cease surface (5) positioned on a cleat (6) fastened to the sole of the shoe of the person, and a retaining member (9) rotating a few hinge axis parallel to the pedal axis and capable of be utilized by an elastic return means to the cleat to lock the cleat to the pedal.

The rear ended has no suspension and drops like a rock, however aside from that, that is an superior bike for using brief distances on and off road. Road bicycles are inclined to don’t have any suspension. Whether or not you’re commuter, a leisure rider or an environmental enthusiast, you shouldn’t have to look beyond Trek Bikes in relation to choosing the right product for your wants.

, characterised in that the flex plate (18) is of trapezoidal shape with the long base housed within the pedal body (2) and the short base resting in opposition to the retaining member (9). In most tandem set ups, the entrance rider controls the steering identical to in an ordinary bicycle.…