Start shopping! Type into the

search box at the top of the page or navigate through our catalog. See all product categories or browse our wide variety of product brands.

“Every year bikes change, styles and trends evolve, old bikes are in need of repairs and new bikes are waiting for that personal touch. We provide the means to keep your bike on the road and fun to ride!”

“Shimano practices good local citizenship, pursues continued access to those areas that are enjoyed by outdoor enthusiasts, and is committed to minimizing our impact on the environment.”

Driven by the vision of becoming a worldwide known manufacturer of bicycle components, DT Swiss expanded its product range over the years. Today DT Swiss has established itself as a leading manufacturer of spokes, nipples, hubs, rims, complete wheels as well as suspension systems.

Surly is a leading manufacturer of bicycle frames, and was one of the first Fat Bike manufacturers.

“Incremental enhancements. Perpetual improvements. Revolutionary Innovation. When advancements are continuously made to every attribute of every component, the result is overall performance that is simply second to none. And to real cycling enthusiasts, there is nothing more gratifying then achieving the ultimate ride. And the best part is we just keep making it better. This is what SRAM is all about.”

“Park Tool has been manufacturing bicycle specific tools since 1963. Based out of St. Paul Minnesota, we are the world’s largest bicycle tool manufacturer. A long-term dedication to quality, innovation, and customer service has made Park Tool the first choice of professional and home bicycle mechanics around the world.”

“Continental race tyres set global standards. They offer an outstanding riding experience by providing the best combination of grip, low rolling (speed), puncture protection and weight. They are made using some unique craftsmanship and technologies at our German production plant at Korbach and are serial winners in magazine product tests across the world.”

“At Salsa, we believe a sense of adventure makes life better. The bicycle can be so much more than just a bike; it’s a path to new places, new people, and amazing experiences.”

“Think all tires look the same? Look closely and you’ll see that Kenda Tires perform to the highest standards across several different categories. For the past 50 years, Kenda has been building a better tire for life’s most demanding activities. Actually, they overbuild them to ensure you succeed safely in everything you do.”

“Jagwire is the number-one cable and housing brand in the world. You’ll find Jagwire cables and housings on Giant, Specialized, Felt, Trek, BMC, Cannondale, Norco, Scott, Globe, KHS, Bianchi, Ridley and hundreds more international brands. Jagwire invites you to take your bike beyond ordinary in a blaze of light, color and texture with our family of integrated control system products. From a rainbow of cable housings and brake pads to stylish shifter mounts, Jagwire 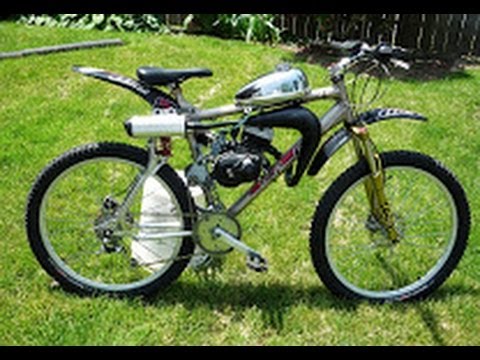 If you’re one of those people who leisurely pedal around the block or over a flat stretch of scenic highway, you’ve most likely been using for sheer pleasure. Car is outlined in Washington statutes (in line with the example) as “including every system capable of being moved upon a public highway and in, upon, or by which any persons or property is or could also be transported or drawn upon a public freeway, together with bicycles.

Nonetheless, there is a sure sort of bike that some folks take note of when they use the term “metropolis bike.” This bike has characteristics of each a hybrid bike and a cruiser bike-usually the upright using position of a cruiser, but the wheel dimension of a hybrid bike.

Using a bicycle is often far more inexpensive than other means of getting round like driving or public transportation, and you can find the advantages not only in serving to you to save money, but within the weight that you are able to lose and improve your health.

Morris Motors Restricted (in Oxford ) and Å koda also started within the bicycle enterprise, as did the Wright brothers a hundred Alistair Craig, whose firm finally emerged to turn out to be the engine producers Ailsa Craig , additionally started from manufacturing bicycles, in Glasgow in March 1885.

When the bike owner wishes to attach the cleat 6 to the pedal 1, he engages the front snout underneath the lip 7 and causes the cam 6 a to drop down into the empty area situated to the rear of the platform 15 and in front of the rear cage member 2 b of the pedal.…