Tesla is a forerunner in the electric automotive industry, especially when it comes to innovation and invention. Their designs are groundbreaking, as well as consistent breakers of conventions in the automotive industry! And, these electric vehicles are a huge source of inspiration for designers all over the world. The result is unique and breathtaking Tesla-inspired automotive concepts that honestly seem like the real deal. And, we’ve curated some of the best of the lot for you! Dive in, and get ready to have your minds blown!

The Model B forms a bridge between conventional bicycles and road vehicles, with a design that, like cars, is designed to be safer, more efficient, and less energy-intensive. The Model B’s sleek frame comes with forward, side-facing, and rear proximity and LiDAR sensors that scan the surroundings to create a protective bubble around the rider, alerting them of any obstacle. Each wheel comes with its own dedicated motor, forming the Model B’s dual-drive system. Spokes on the wheels are replaced by shock-absorbers, helping keep your ride smooth. 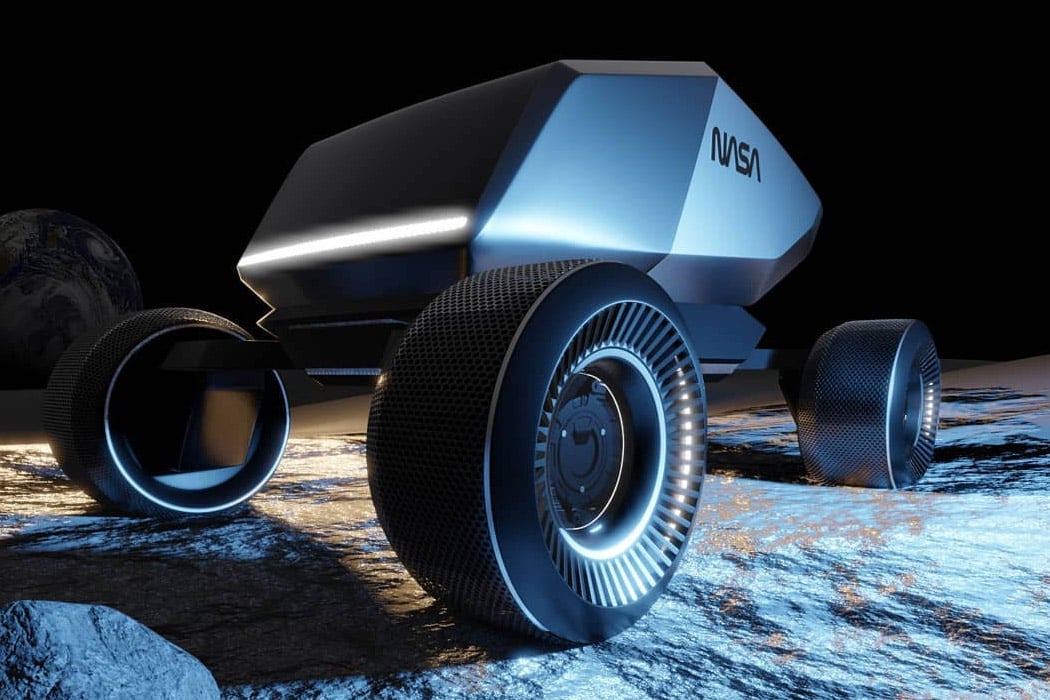 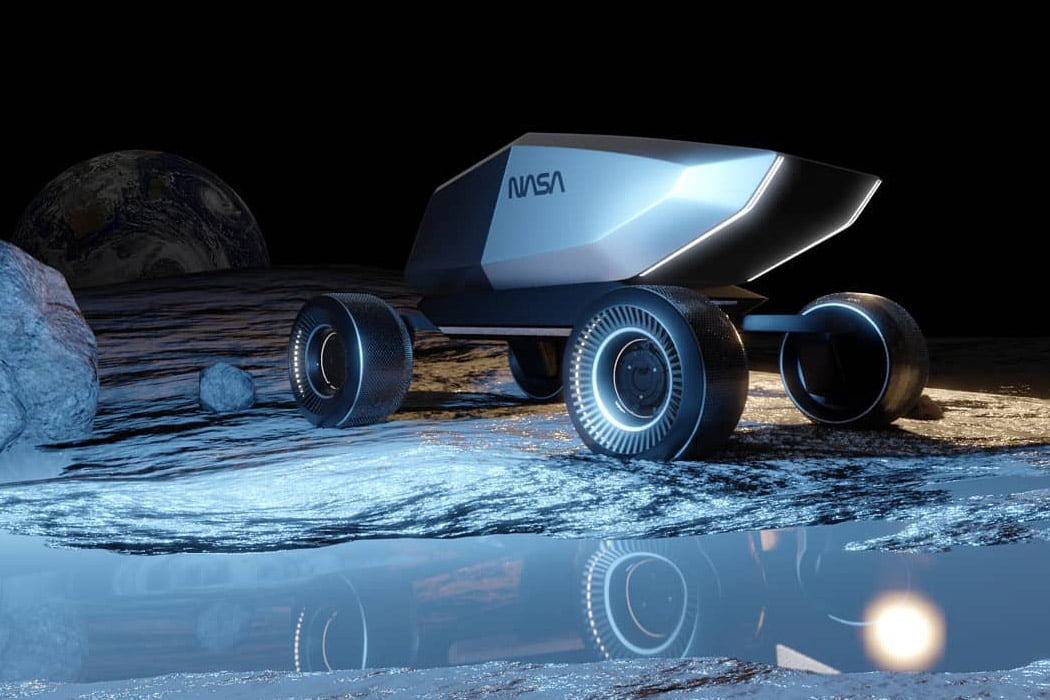 Rover missions to Mars have uncovered the secrets of the red planet, and to scout the moon’s jagged terrain, a designer envisions the Moonracer. An exploration vehicle that looks so much inspired by the Tesla Cybertruck with its sharp lines and the signature front and rear design. Of course to tread the toughest unknown terrain and hostile environment in case we humans dig for signs of life on still unexplored planets and their moons. The tires on the NASA exploration vehicle by product design student Robin Mazánek are going to be the most vital, as they need to be ready for any adventure. Tweel airless tires developed by Michelin are going to be the ideal choice as they never get punctured or burst as the hub of the tire is connected to the rim via flexible polyurethane spokes that also double as shock absorbers for a smooth ride. 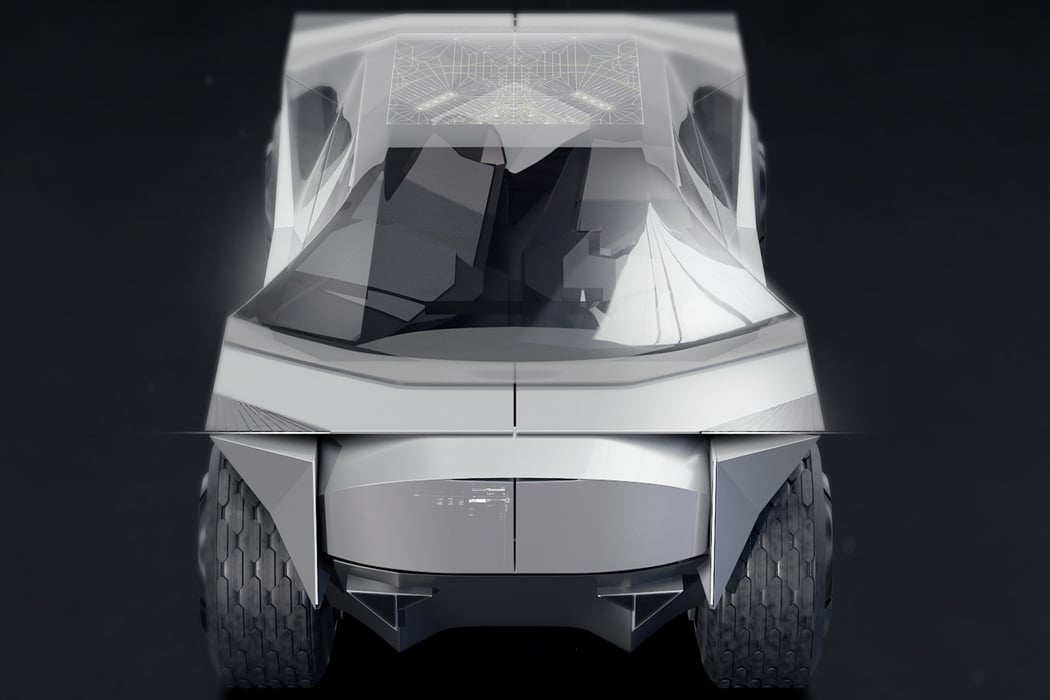 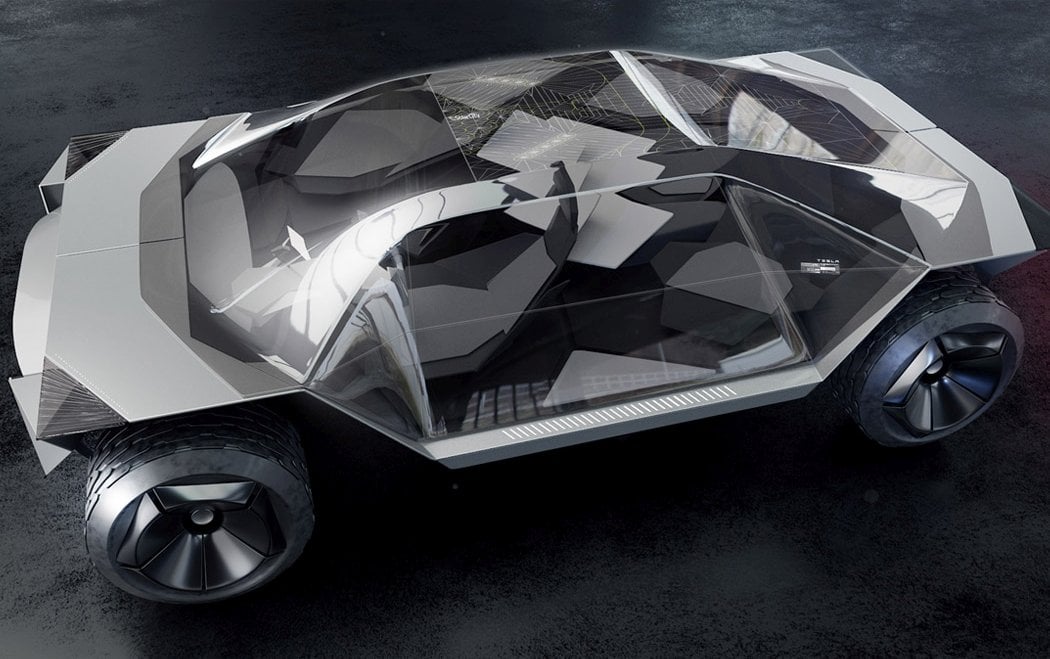 Origami is more than just an intriguing form of art, it’s a scientific methodology that forms shapes of the most aesthetic nature while being structurally strong. That was the inspiration for transportation design student Jaeheon Lee from the Chung Ang University, South Korea to create the Tesla Origami concept car that breaks the barriers of automotive design as far as form and function are concerned. Adapting the elements of Tesla’s Cybertruck frame, SpaceX’s Mars colonizing dreams, and NASA’s Mars rover – the concept design is straight out of a sci-fi future. Retaining the cardinal points for the overall structural design of the vehicle, Lee envisions it to be a renewable energy-powered car – again having origami-inspired solar panels on the rear that expand to harness the sun’s energy when the vehicle is parked. 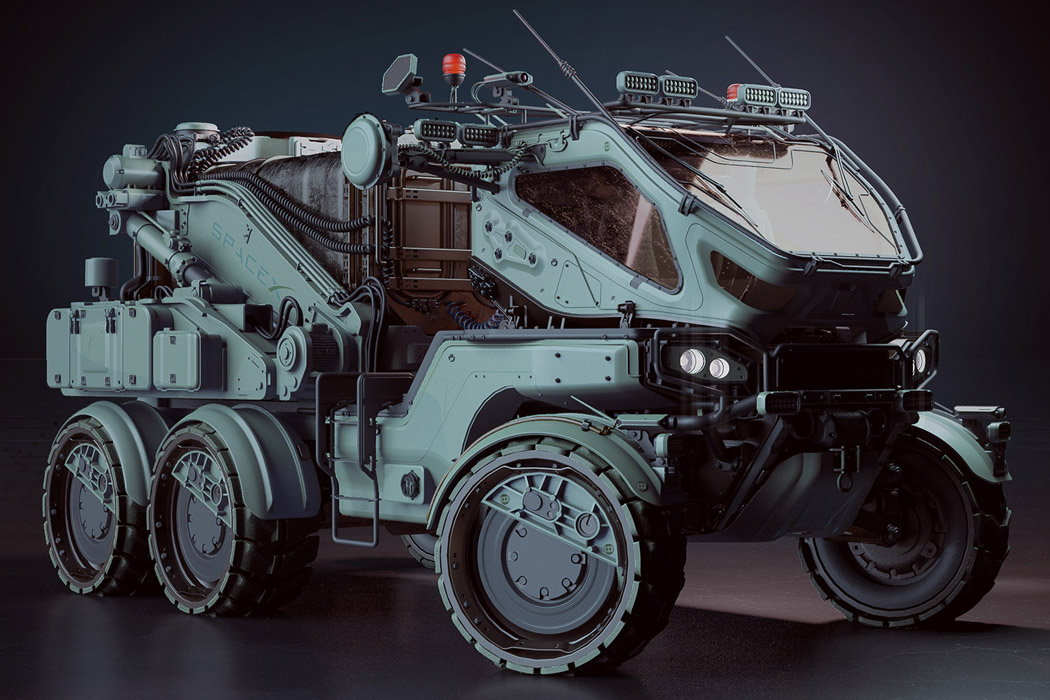 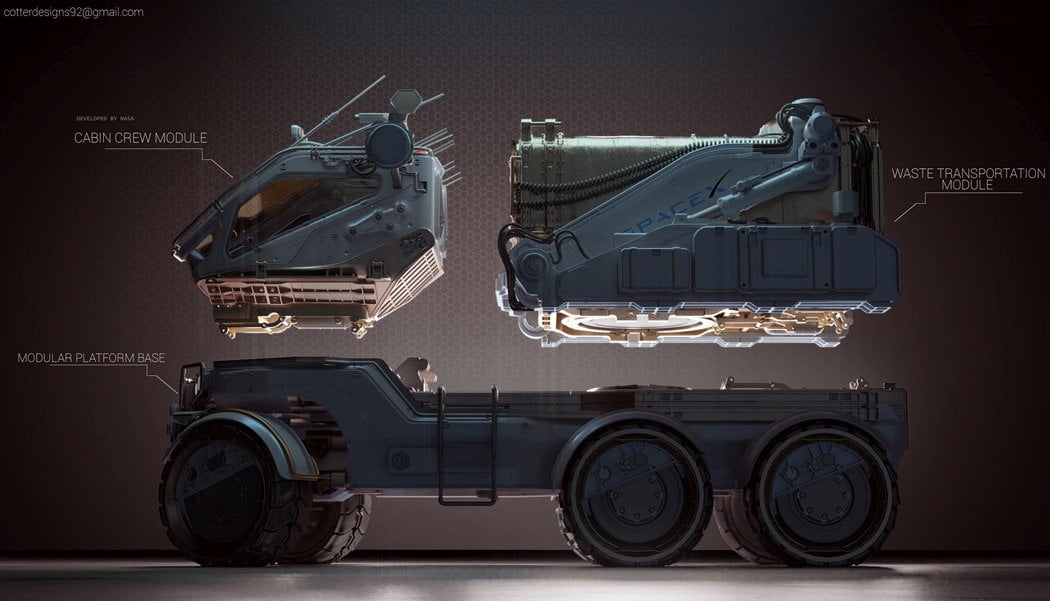 This bug-like rover that looks like the big daddy of the compact Mars rovers that we have seen over the years is, in fact, a waste disposal vehicle for the harsh terrain of the red planet. Called the D25 Modular Rover, the design comes to the