Archive of posts published in the category: Alternator 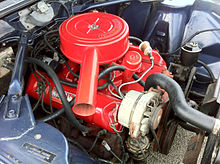 Alternators are used in modern automobiles to charge the battery and to power the electrical system when its engine is running.

Until the 1960s, automobiles used DC dynamo generators with commutators. With the availability of affordable silicon diode rectifiers, alternators were used instead. This was encouraged by the increasing electrical power required for cars in this period, with increasing loads from larger headlamps, electric wipers, heated rear windows and other accessories.

The modern type of vehicle alternators were first used by the military from WWII, to power radio equipment on specialist vehicles.[i] Post-war, other vehicles with high electrical demands, such as ambulances and radio taxis, could also be fitted with optional alternators.[1]

Alternators were first introduced as standard equipment on a production car by the Chrysler Corporation on the Valiant in 1960, several years ahead of Ford and General Motors.[1][2]

Some early automobiles, like the Ford Model T, used a different sort of charging system: an engine-driven magneto which generated low-voltage alternating current that was supplied to trembler coils, which provided the high voltage needed to generate ignition sparks. (This was different from a true ignition magneto, which generates high voltage directly.) Since such a magneto system only depended on the engine’s motion to generate current, it could even be used when starting a manually cranked engine, provided the crank was pulled sharply, so that the magneto would produce enough current for the coils to make good sparks.

The Model T incorporated its magneto into the engine flywheel. The first Model Ts used the magneto solely for the trembler coil ignition. Beginning with the 1915 model year, Ford added electric headlights, also powered by the magneto.[3][4] The magneto circuit was strictly AC, with no battery included. (There was a switch on the ignition coils to use a battery instead, which could be helpful when starting in cold weather, but Ford neither provided a battery nor did it encourage the use of one before it introduced an electric starter in 1919. The owner would have to install the battery himself and charge it externally.)

Starting in the 1919 model year, Ford upgraded the Model T to include an electric starter, which was standard for some models and optional for others. This starter installation also included a battery, charged by a conventional dynamo, and the lights were now powered by the battery. However, the flywheel magneto still powered the ignition, and since models without the starter had no battery, they continued to use magneto-powered lights.[5][6]

Alternators have several advantages over direct-current generators (dynamos). They are lighter, cheaper, more rugged, and can provide useful charge at idle speed. They use slip rings having greatly extended brush life over a commutator. The brushes in an alternator carry only DC excitation current, a small fraction of the current carried by the brushes of